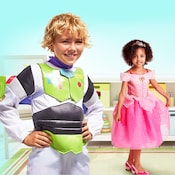 Taste of EPCOT International Flower & Garden Festival
Spring is alive at the Taste of EPCOT® International Flower & Garden Festival at Walt Disney World® Resort! Come have a bloomin’ great time as you discover the best in springtime flavors, floral and entertainment with everything from tasty Outdoor Kitchens and Disney Character topiaries to breathtaking gardens and lively music. See all that’s “growing on," March 3–July 5!